In defense of dreams

After purchasing a Sigma 100-300mm lens this morning, I decided to stop into Panera. I'm not a huge fan of the big chains these days, but this particular Panera has some good memories for me, and there are always interesting conversations one cannot help eavesdrop into.

Sure enough, the minute I sat down with my breakfast sandwich and iced coffee, I was treated to a conversation between a 40-something Asian male and a 50-something white guy that struck a chord that has been strumming in me for some time. The subject: kids' futures.

I picked up the conversation as they were discussing athleticism and body frames. The Asian guy mentioned something about the Asian guy's sons and their futures in sports and various universities. The white guy asked about his one son who was "prone to injury". The Asian guy said that his son was still playing soccer but he was getting injured. He was struggling with two "spiritual worlds" as well, one in which they're trying to teach him about Chinese culture, and the other where he's exposed to Christian culture. I gathered that they both were involved in the Church, and religious schooling, but I'm not even going to go there since that's an entirely different discussion. Suffice it say, these two men were discussing the viability of their various sons' futures regarding sports, career and interests.

The Asian man then mentioned that his son who is prone to injury really wants to coach, but that's really just a "dream", and that he's convinced him to think about a "vocation" instead of an "avocation". That's how he described his son's desire to coach: it's just an "avocation".

This is where I had to really hold myself back from getting involved in the conversation. I am well known by dozens of strangers over the years for jumping into their conversations, usually with an "excuse me, but I couldn't help hearing..." and then a bit of a polite but aggressive statement on the fact that what they believe is probably wrong or misguided or based on facts they are unaware of. I can't help it. I'm opinionated as hell, and I find it hard to just let people say stuff that isn't true.

Now, you may be asking, "Jeff, get to the point, what does this have to do with arts?" I'm getting there... I promise.

Since the beginning of time I'm sure there has been the age-old discussion and debate about doing what makes a living, and doing what you love. And that discussion and debate usually begins with a conversation between a father and his children. Fathers want their children to be self-sufficient, and they are strongly in favor of risk-aversion when it comes to career advice. As much as it seems every father seemingly wants every child to become a doctor, lawyer, accountant, architect or engineer, most people do not become these things... and yet they still make a living.

Some even make a living doing things like art, or sports, or music, or talking on the radio, or helping other people in various ways. Amazing, isn't it? These are all things people are told won't make them money and will have a hard time finding a job, so they should at least study a completely different subject as a fall-back.

Coming back to the conversation between the two men...  as I bit my tongue instead of biting my sandwich I knew full well where this conversation was headed. The Asian guy continued to say that he had convinced his son to get into a physical therapy program at a major private university, as a "fallback plan". He would do coaching on the side, but concentrate on physical therapy.

We all know what happens when you have a "fallback" or why it even exists. It exists because someone has told exactly what we've already talked about: that somehow you won't make it. So, in reality, the "fallback" becomes your actual career. You don't have time for sports, for art, for music, etc. You can't spend the time necessary to become disciplined, skilled and adept enough in this area that you develop a style that differentiates you from others and brings in business from those looking for those services.

The starving artist myth is just one of many myths related to careers and dreams. We are all told that doing what we want to do will never pay the bills. Why is that? It's because society, in general, does not view those fields as something that requires just as much dedication and discipline as the traditional careers like engineering and medicine and so on. But if you ask anybody who is good at a non-traditional job, such as art or music or sports, they will tell you that that is complete hogwash and that they've been dedicating their lives to the discipline since they were kids. They will tell you that they spent all of their time focused on that one thing they loved to do. They might even tell you that they went to school for it, ignored the naysayers and pressed on. And most of the time, their parents supported them. Their parents "got it". Their parents understood that talent in arts and sports isn't really a "gift". It is developed and perfected, as a skill, over a long period of time, just like anything else.

What I'm getting at is that things like art and music and sports and other non-traditional fields can be careers if they are treated as such by parents, guides, teachers and so on. The "fallback" concept is a fear-based concept, rooted in ignorance and myths about "starving artists" and such. Starving artists exist because they are part-time artists who gave in (like many of us) to the fear and risk-aversion, and went to school to study a field that put us into nine-to-five jobs. Successful artists are artists who worked just as hard as any student studying engineering or accounting. If you spend enough time doing anything, you can make a living doing it because you'll be better than anybody who only does it as a hobby, or part-time. You will gain discipline and skill and a style that will have value to others, and this translates into money. You won't develop those requirements doing it "part time" while you work in "Cubicle Land".

So, here's what I would have said to this guy if I had mustered my energy to do it: Let your kid do what is necessary to be a coach. Support him. Get him to coach Little League. Help him hook up with other coaches and maybe get an assistant job so he can learn the ropes. Get him busy doing coaching-related activities every day while he's in college his first two years. Help him make this his vocation if this is his dream. Don't tell him he needs to find a more lucrative and "safe" job, because he will not pass muster in a competitive field like coaching doing it part time. Falling back to something "safe" (which is a huge misunderstanding to begin with... how many Americans had "safe" jobs in 2000 and are still unemployed or have been laid off two or three times now?) means he will someday regret not doing what he wanted to at this crucial point in his life.

The arts are no different. Put your kid in an arts program if they love and want to be in the arts. They will never make a living in the arts if it's pushed aside and turned into a "hobby". Standing out in the arts takes just as much work as athletics, engineering and other fields. Ask any ballerina, cellist, graphic designer or artist who makes a living doing what they do. Almost every single one of them will tell you that they were able to get where they are because they had the support of their parents who understood this crucial concept, and who understood that doing it every day, all day, was the road to one's dream job, just like any other discipline and career.
Posted by Unknown at 10:58 AM 2 comments: Links to this post

Recently got my first job photographing a ballerina. I had a blast. I love working with creative and artistic people and I was sure we'd get some great photos. The only thing I wasn't sure of was that morning I realized I hadn't thought about music. Not that I need music while shooting, but I wasn't sure if she would assume I would play some appropriate dance and ballet music. And I have no dance music.... except for Philip Glass stuff that the famous dancer Twyla Tharp worked on. I was pretty sure she most likely wouldn't be into Philip Glass's music. Of course half way through the shoot we're talking about music and she tells me one of her favorite works is by Philip Glass. Teaches me I shouldn't assume! 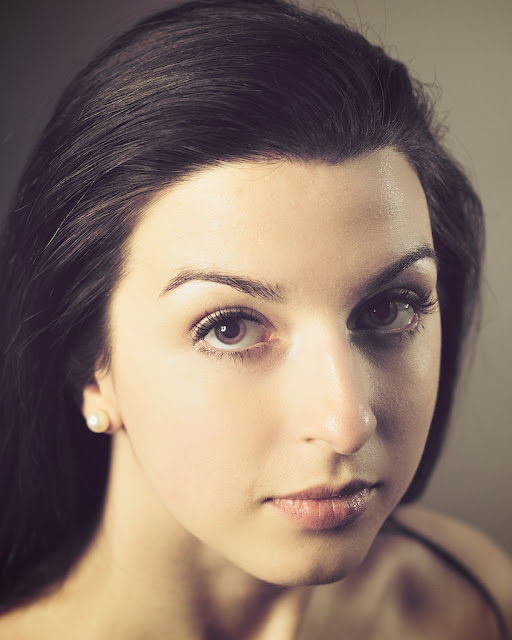 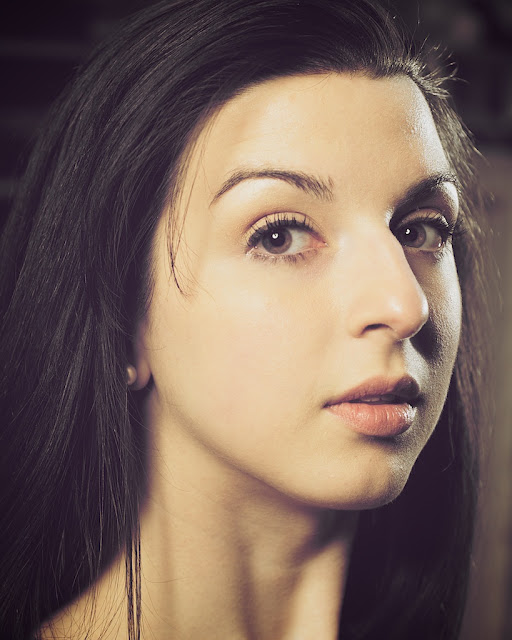 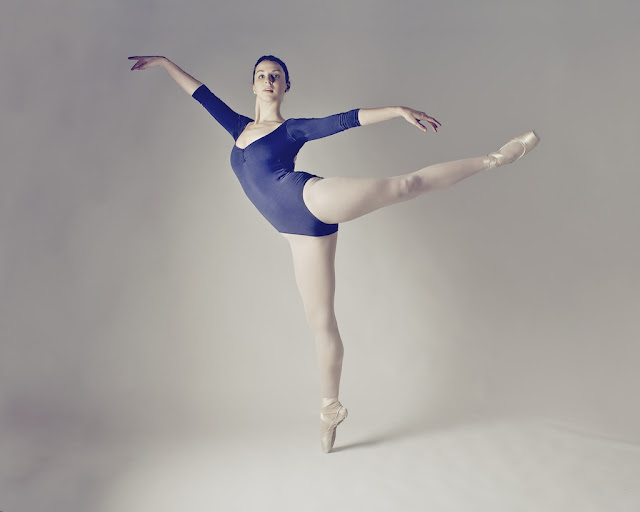 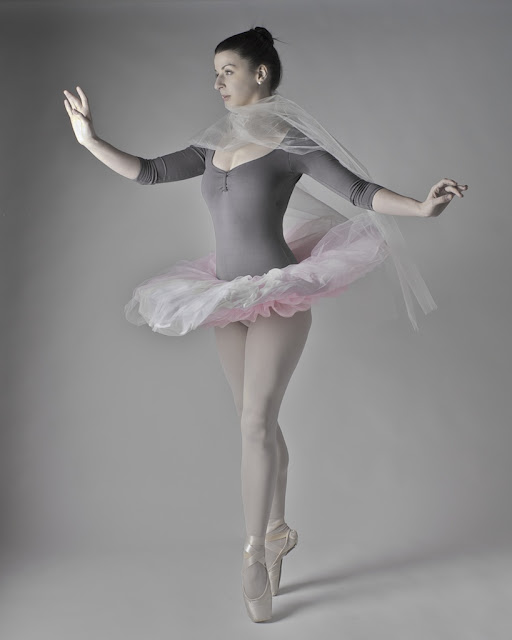 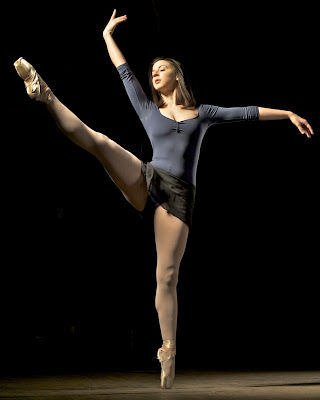 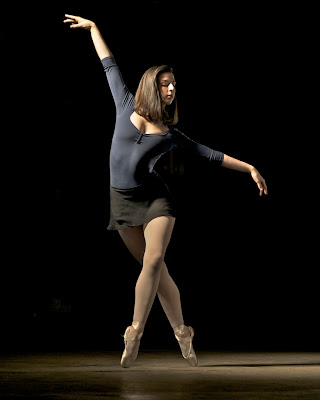 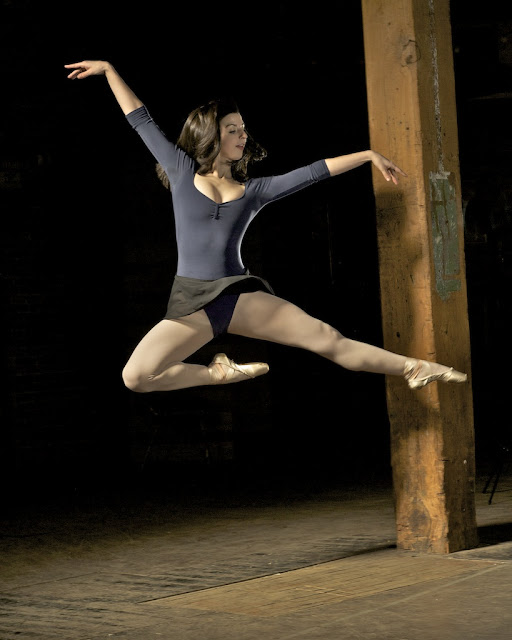 Single Tree on handmade Paper #1
Originally uploaded by Engelfoto
Last year I took a workshop on making paper with Barbara Fletcher at Western Avenue Studios. I took the course because I knew I wanted to explore handmade paper as a medium for some of my photography. This is the first of that experimentation: Polaroid emulsion lift on handmade paper.

One of the things that is first noticeable is that the image is very glossy compared to when placing it on a flatter surface. Also, the gel regent seems to contract due to not being able to find a harder surface (like commercial watercolor paper) to stretch across. The result is that with the very "topographical" nature of hand-made paper, the image basically hangs between the valleys and pits of the surface and eventually splits and breaks off, so I may have to coat this in a gel medium or something in order to prevent further deterioration.
Posted by Unknown at 3:00 PM No comments: Links to this post

Looks like Fuji has really carved a nice niche out of "weird" cameras. Now they offer HD 3D! This is tempting...
Fujifilm Unveils FinePix Real 3D W3 Camera to Capture Stills & Movies in True HD 3D
Posted by Unknown at 3:31 PM No comments: Links to this post

This is just so cool... Impossible just announced that they're selling Polaroid integral film which will work in the Spectra line of cameras. Those are the bigger Polaroid cameras which would shoot wider-format images (as opposed to the typical square) under the names "Spectra", "Image", "1200" and "990". I've always been a bit of a purist when I got into Polaroid and I focused on the older "peel-apart" films. The SX-70 and 600/Onestep cameras were cool with their automatically-developing process, but the images were so small! Spectra kind of fixed that, giving you an image which was about 1/3 bigger. Doesn't seem like a lot, but when you have a small image, it's a big difference. Of all the film that's hard to find, the Spectra/Image/1200 film is probably the hardest. It seems to go bad really fast, faster than the 600 stuff. Don't know why. So this news is good news for me... I'll have to pick up some film from Impossible soon.

Posted by Unknown at 3:51 PM No comments: Links to this post